"My strings are the last thing I have to worry about... you can trust D'Addario."

"My strings are the last thing I have to worry about... you can trust D'Addario." 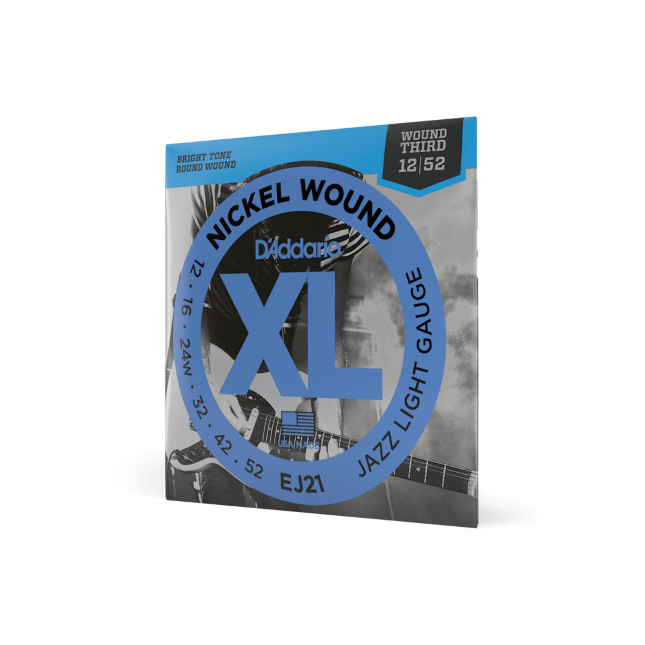 American guitarist Jimmy Herring is a musician's musician. His formidable technique is in service of a vast harmonic and rhythmic imagination, forged by decades on the road and a myriad of influences spanning jazz, rock, country, and the outer limits of improvised music. The North Carolina native has been playing guitar for close to 40 years - and he's just getting started: The past five years alone have seen him share the stage with one of his musical heroes, reconvene one of the most influential outfits he helped form, set out with a versatile new ensemble, and release his most challenging, dynamic solo album yet. Now revered in the jazz-rock-fusion and jam band communities, Herring first honed his guitar at Berklee College of Music and the Guitar Institute of Technology. He emerged on the national scene as a founding member of the seminal outfit Col. Bruce Hampton and The Aquarium Rescue Unit along with Jeff Sipe (aka Apt Q258), Oteil Burbridge, Matt Mundy, and the late, much-missed Bruce Hampton himself, who passed away in 2017 after his 70th birthday celebration. The original ARU toured endlessly in the late '80s and '90s, dazzling audiences and their fellow musicians with their deft interplay, unpredictable sets, and tireless energy. A lineup of ARU featuring Hampton, Herring, Sipe, Burbridge, and keyboardist Matt Slocum embarked on a triumphant reunion tour in the summer of 2015 to sold-out houses across the country. In 1997, Herring joined Butch Trucks, Derek Trucks, John Popper, Kofi Burbridge, Oteil Burbridge, Marc Quinones to form Frogwings, after which he joined Jazz is Dead with Billy Cobham, Alphonso Johnson, and T Lavitz. Jimmy was asked to join the legendary Phil Lesh as a part of his band, which continued for a good part of the decade. During his tenure there, he was asked to join the The Other Ones, the project comprised of former Grateful Dead members. During this time Jimmy also founded Project Z, an experimental instrumental trio with close friends Jeff Sipe and Ricky Keller. The band released two records under their name, a self-titled album in 2000 and Lincoln Memorial (Abstract Logix) in 2006. Following the death of beloved guitarist Mike Houser, Widespread Panic asked Herring to join them in 2006. While the band has recently scaled back its once-constant touring schedule, he continues to perform as their lead guitarist. In 2013, Herring joined forces with veteran virtuoso Michael Landau (guitar), Wayne Krantz (guitar), Etienne Mbappe (bass), and Gary Novak (drums) to form The Ringers, who then undertook a series of short tours in between the members other obligations. Although Herring is featured on more than twenty records, he has only released two albums under his own name. In 2008, the humble guitarist broke away from working as a sideman with the release of his first solo endeavor Lifeboat (Abstract Logix). The highly melodic album boasts a personal side of Jimmy, unseen in his previous projects. With Lifeboat, Herring explored several strains of the jazz and fusion genre, from harmonically demanding post-bop to more high-powered environs. Whether it was on his soulful, diminished blues, "Scapegoat Blues," his passionate ballad "New Moon" (which reveals the influence of the Dixie Dregs), or his arrangement of the Disney classic the "Jungle Book Overture," Herring's performances were insightful and challenging while still innately appealing and melodic. The album showcased Jimmy's writing and playing skills beyond his domain, and became a favorite of his ardent fans as well as new fans such as fellow musicians John McLaughlin and Chick Corea, among others. Jimmy's second solo release, Subject to Change Without Notice (Abstract Logix 2012), pushed Herring's music to the proverbial next level. Produced by John Keane (REM, Widespread Panic, Indigo Girls), Herring again surrounds himself with close friends - all extraordinary musicians - to make a strong, uninhibited record featuring Herring originals alongside rousing covers like George Harrison's "Within You, Without You," Jimmy McGriff's "Miss Poopie," and the Mahavishnu Orchestra's "Hope." Herring's longtime admiration for the music of pioneering guitarist, composer, and Mahavishnu Orchestra founder John McLaughlin blossomed into a musical relationship, beginning with McLaughlin jamming with the ARU at one of their earliest reunion gigs in 2015. That in turn lead to 2017's Meeting of the Spirits Tour, in which separate sets by Herring and McLaughlin were followed by the two joining forces for expansive closing jams based on classic Mahavishnu Orchestra material and featuring the Herring and McLaughlin's first extended collaboration. "Jimmy is simply a great guitar player," McLaughlin said at the tour's outset, "and since we see so eye to eye in music, I know we will have some extraordinary musical experiences touring together." 2017 also marks the debut of Herring's new band, The Invisible Whip, which will take part in the Meeting of the Spirits Tour and will also perform their own dates independent of McLaughlin. Members of The Invisible Whip who consider themselves graduates of the "University of Bruce Hampton" include drummer Jeff Sipe and Matt Slocum on B3 organ and clavinet. The group is rounded out by bassist Kevin Scott and multi-instrumentalist Jason Crosby, who will primarily be featured on Fender Rhodes and piano. The band's repertoire will be drawn from all phases of Herring's rich career - including as-yet-unreleased material that will likely surface on Herring's next solo album.