"I've tried other strings and always come back to D'Addario. The D'Addario Nickel Wound EXL110-7 strings have been my choice of strings for years now." 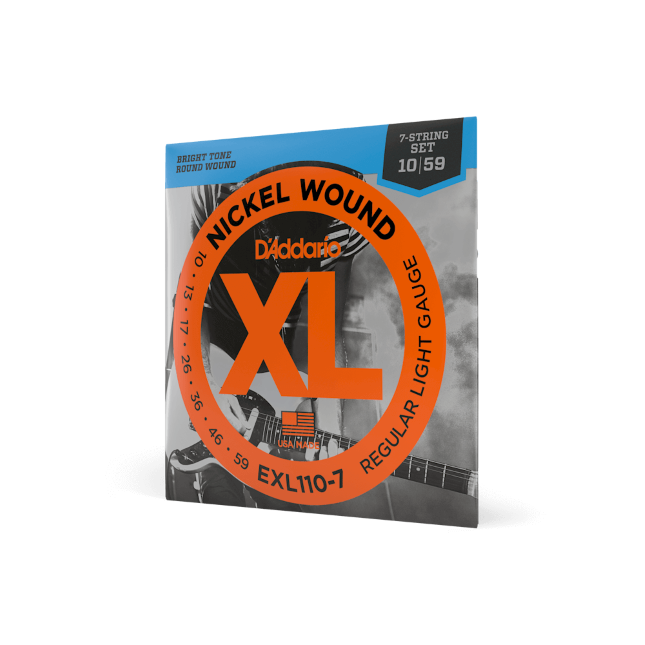 Originally started in 2003 as a solo outlet for English guitarist Acle Kahney, who at the time was playing in the band Mikaw Barish, alternately brutal and cerebral progressive metal outfit TesseracT eventually morphed into a full-blown force of nature and early adopter of the djent style, which relies heavily on tight, palm-muted riffs that sound much like the word itself, and was coined by Meshuggah guitarist Fredrik Thordendal.

TesseracT released its debut EP, Concealing the Fate, in 2010, followed by their debut long-player One in 2011. The Perspective EP, which featured a cover of Jeff Buckley's "Dream Brother," arrived in 2012, and was followed by their second full-length studio outing, the Century Media[b]-issued Altered State, in 2013. Vocalist Daniel Tomkins -- who had appeared on their earliest EP and album -- returned for Polaris, their third -- after two other singers had come and gone. The album was released by K-Scope in the late summer of 2015.

To coincide with a U.S. tour with Gojira in the fall of 2016, the band re-released Polaris with a bonus second disc entitled Errai that included four re-worked tracks from the album -- "Survival," "Cages," "Tourniquet," and "Seven Names." In the summer of 2017, the band released a standalone single titled "Smile." Early the following year, TesseracT announced the April release of Sonder. The album was recorded in the U.K. at 4D Sounds, Celestial Sounds, and Project Studios and engineered by the band and Aiden O'Brien, with mastering by Acle Kahney. Sonder melded the harsh abrasiveness of 2011's One and the progressive ethereal elements of 2013's Altered State with the pop accessibility of Polaris. It was preceded in February by the single "Luminary," described by vocalist Tompkins as "conceptually exploring a deep and devouring sense of insignificance, which ties into the overall theme and meaning behind Sonder." The single was backed with an extended, re-worked version of "Smile."