"Our band has exclusively used D'Addario since its formation. We have found that there has been no brand of strings proven to be more reliable. Tonally, D'Addario offers a rejuvenating clarity and balance I haven't found anywhere else except, maybe that first shower at home after weeks on tour. "

"Our band has exclusively used D'Addario since its formation. We have found that there has been no brand of strings proven to be more reliable. Tonally, D'Addario offers a rejuvenating clarity and balance I haven't found anywhere else except, maybe that first shower at home after weeks on tour. "

"We tend to use NYXL1046 strings a lot because of their sturdiness and resilience. We play very hard and our shows are fairly physically demanding, so having a strong set of strings is paramount. As with other D'Addario products, the strings offer a fantastic amount of clarity and balance, which we adore." 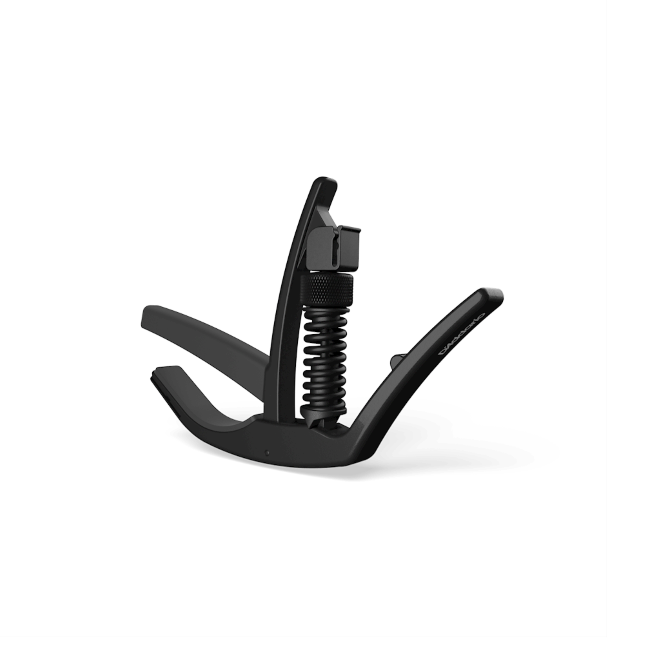 Dendrons hit the road before they even knew exactly where they were headed. On New Year's Day 2018, Dane Jarvie and Zak Sprenger first convened in Chicago to start a new project, recording a demo at home by the seat of their pants. Almost immediately after, they began to play shows. "I would just email as many people as possible," says Jarvie. "I'm like, 'Can we open this?' It didn't matter if it was in Dallas or New Orleans or Sioux Falls, South Dakota. It was like, let's go."

With a band name chosen by flipping through books in the library ("Dendron" is Greek for "tree") and a sound and lineup in healthy evolution as they bounced around North America, Dendrons were finding who they were in front of a live audience. Over the course of 2018 and 2019, they were developing a propulsive, acerbic rock style both reminiscent of midwestern peers like Deeper and Dehd and reaching beyond to develop an unmistakable aura all their own. They put out their debut, 2020's Dendrons, and were packing their bags for a full European tour before it had to be abruptly canceled when borders closed and venues shut down around the world. Suddenly, a band that cut their teeth on the road had to get comfortable staying at home.

"It was out of necessity," says Jarvie, who started brainstorming ideas for a new album back at his family's home in Phoenix, Arizona, just after the pandemic took hold. When he returned to Chicago a few months later, the full band of Jarvie (vocals/guitar/synth), Sprenger (synth/guitar), Matt Kase (bass/synth/vocals), John MacEachen (guitar/samples), Nick Togliatti (drums), and Stef Roti (drums) formed a bubble to get together and work out what would prove to be their highly ambitious and meticulously crafted second album, 5-3-8. "It was just like, well, we can't tour, we can't do anything," Jarvie remembers, "so we might as well just stick together and really create something."

When it came time to record 5-3-8, the title being a reference to the lyrical refrain that appears at a few points of the album of "Fifths, thirds, octaves only"- Dendrons decamped to Sonic Ranch in Tornillo, Texas, and did additional recording at Highland Recording Studio in Phoenix, Arizona, producing the album with Tony Brant and Sonny DiPerri. A far cry away from where they started as two friends doing everything themselves, from the recording to the booking to even the graphic design, the band is now an eagerly collaborative project. And they're already thinking about what's to come.

"You're always gonna leave a record feeling like there is something more to be said," Jarvie says. "I don't believe in a magnum opus. Art is contextual, and exists for the specific time and circumstance it was created in. Every record is a conversation with the last."