"D'Addario strings let me feel secure that they will stay in the right tune, even if I changed them a couple of hours before a concert. They give me the possibility to create the colors, dynamics, and effects I want to express on the stage or in the studio. Every year, I discover something new in D'Addario's string production."

"D'Addario strings let me feel secure that they will stay in the right tune, even if I changed them a couple of hours before a concert. They give me the possibility to create the colors, dynamics, and effects I want to express on the stage or in the studio. Every year, I discover something new in D'Addario's string production."

"I use the Pro-Arte Light Tension Nylon strings for my 19th-century instruments. My guitar needs light tension and it just sounds perfect." 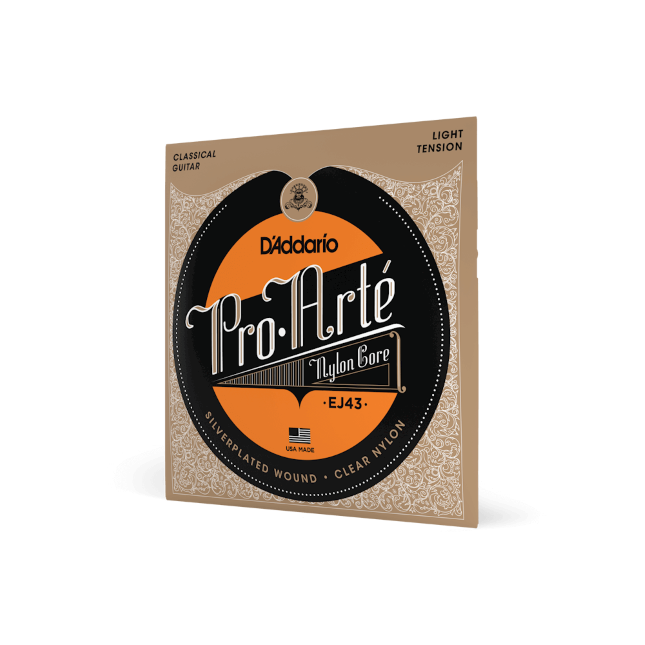 Here was a guitarist who knew how to laugh with the music and share the joke with his audience. But behind the entertainer lies a serious artist, whose extended composition in memory of Jana Obrovska proved fully capable of stirring emotions at the other end of the scale. Never was a standing ovation more richly deserved. Pavel Steidl had won the hearts and minds of a capacity crowd." (Classical guitar magazine). The magic world of Pavel Steidl charmed us in a delightful program, where classic welcomes varieties of incredible new ideas of how a guitar can create precious effects thanks to his ability to awaken what is normally quite inactive in our imagination and hands! Oscar Ghiglia. Pavel Steidl was born in Rakovnik (Czech Republic). Since he won first prize at the Radio France International Competition in Paris in 1982, he has become one of the most widely celebrated soloists of his generation. Between the membres of the jury were names of such artist like Alexander Tansman, Antonio Lauro , Maria Luisa Anido ...Before that he studied with such guitarist as Milan Zelenka and Stephan Rak in Prague. In 1987 he decided to emigrate to Netherland were after years of studying and getting inspiration from many different artist he has created his own style which is not ignoring authentic way of intepretatione 19th-century guitar literature on periodic instruments and going far to some world music elements. Since 2004 he moved back to Czech republic and since since 2015 gives a lectures at the Academy of Performing Arts in Prague. He had an honor to work together with such artists like Leo Brouwer,Carlo Domeniconi Paolo Paolini, John Wiliams,Miroslav Vitous, Karin Schaupp and others. Together with Zoran Dukic, Reentko Dirks and Thomas Fellow he is a member of Europian Guitar Quartet since 2012?Pavel Steidl also composes himself and his own compositions are often played on his concerts or on the recordings. He played in more then 40 countries of the world from among Canada, USA, China, India, Japan, Europe, South and Central America, Australia and many others. On demand of Italian Guitar Magazine Guitart the readers decided to choose him as a guitar player of the year 2004. Pavel Steidl plays many instruments, but mainly Francisco Simplicio (1926),Walter Verreydt 2017, Franz Butcher (2008), romantic guitar: copies of J.G.Stauffer guitar made by B.Kresse and original instrument from the beginning of the 19th century Nikolaus G.Ries cca. 1830 and Johann Anton Stauffer cca 1840. Discography:Hudebni Mladi - Supraphone (1983), Tyden Nove Tvorby - Panton (1984), Pavel Steidl Debut - Panton (1985), Guitar / Music of the 18th and 19th centuries - Panton (1993), Masters of the Czech Classical Guitar - Pehy (1994), Kdyz mam nohy o mesic opreny - Panton (1994), Cantabile - Erasmus (1995) (with Jan Opsitos - violin), L. Legnani - 36 caprices op. 20, Fantasia op. 19 - Naxos (1998), N.COSTE - Guitar Music Vol.3 - Naxos (2000), N. Paganini - Sonate&Ghiribizzi for guitar - (Frame 2001) Italy, J. K. Mertz - Bardeklange, (Frame 2003), Four Agreements - fast book (spoken word - Jaroslav Dusek), (Tympanum 2009), And you to Ithaca too (William recording2013), Euroepan Guitar Quartet - Danza (Dr.Heart Music, 2014),Born to Run -fast book (spoken word-Jaroslav Dusek) Tympanum 2015