"We love D'Addario because the company has attained what we always strive for in our music: tone, longevity, and versatility. Whether we are playing acoustic or electric instruments, D'Addario provides exactly what we need in a variety of styles. We have worked hard to get to where we are today, paying close attention to detail. We can tell that D'Addario shares the same mindset."

"We love D'Addario because the company has attained what we always strive for in our music: tone, longevity, and versatility. Whether we are playing acoustic or electric instruments, D'Addario provides exactly what we need in a variety of styles. We have worked hard to get to where we are today, paying close attention to detail. We can tell that D'Addario shares the same mindset."

"We are quite busy on the road and in the studio. The EXP strings provide a warm tone and longevity. The coated strings are a luxury that is hard to go without."

PRODUCTS The Gibson Brothers USE 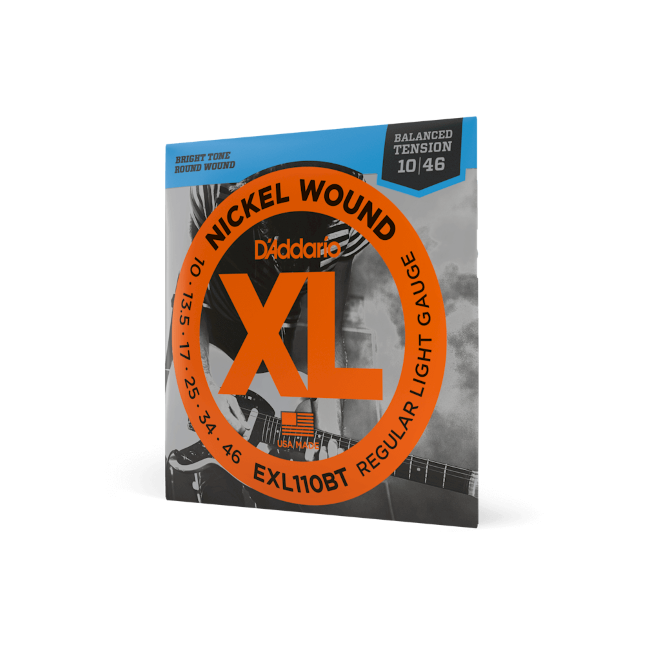 ABOUT The Gibson Brothers

Bluegrass royalty Leigh and Eric Gibson step into what some might at first see as uncharted territory on their country-soul breakout Mockingbird, the new album produced by Grammy Award winners Dan Auerbach and Fergie Ferguson. The celebrated bluegrass duo - named back-to-back Entertainers of the Year by the International Bluegrass Music Association in 2012 and 2013 - played the Nashville game two decades ago, while in their early 20s, and were offered a major label deal, only to be told at the last minute that they were too "retro" for modern country music. Today, such characterizations, along with their authenticity, set them apart and describes the marvelous Mockingbird. A mix of country, soul and seventies rock, the album further cements the sibling duo as musical trailblazers. As players and vocalists, they are superb, harmonizing as only siblings can; as songwriters they stand without peer, having long been a band awarded for their songs and songwriting. The 11 tracks on Mockingbird, their 14th album, draw on much of the brothers' experiences being raised on the family farm in Northern New York. As Northerners growing up in a Southern business, they had to work twice as hard as the bands from the South to achieve the success they had, and were the first from that far north to carve a path to IBMA Entertainers of the Year.

The songs on this album are the sounds we heard growing up, riding around with our dad, who was a farmer, in his pickup, or with our mom in her station wagon. This sound was on the radio," says Leigh, citing the Eagles, Bob Seger, Tom Petty, and the warm country sounds of Don Williams, Emmylou Harris and Waylon Jennings as influences for Mockingbird, produced by the Black Keys' Dan Auerbach with Fergie Ferguson (Johnny Cash, Sturgill Simpson and Tyler Childers). Songs like "Cool Drink of Water" and "Love the Land" exemplify that late-Sixties and early-Seventies vibe. The former sounds like something Elvis, at the height of his '68 Comeback cool, would have recorded, while "Love the Land" is inspired by the simple desire to spend more time in nature. "I love the land that loves this man / and sets his soul at ease," goes the centerpiece lyric. The song also provides the album with its title, as Leigh sings about the "song so sweet" of the mockingbird. "They're an interpreter of different sounds and that's what we're doing here," says Leigh. "We're known for one sound, but we're interpreting another part of our musicality."

Coloring outside the lines is not unfamiliar to the Gibson Brothers, whose innate talent as writers and vocalists allows them to float seamlessly between genres. In that way, they're outsiders - refusing to be confined to just one sound - which is why they chose to work with a rock producer and a band of legendary session players like drummer Gene Chrisman and guitarist Billy Sanford for Mockingbird. Listen to "Come Down," which evokes the 70's sound of radio rock kings America or the passionate Exile on Main Street style R&B of "Lay Your Body Down." Both dispel any notion that the Gibsons are solely a bluegrass act and prove Eric and Leigh's gift for penning boundary-pushing songs. Likewise, "Sweet Lucinda," with its shuffling rhythm, taps into country-rock, and "I'm a Better Man" slinks along with Bobby Wood's Wurlitzer electric piano. Mockingbird's most left-field track, however, is a cover of R.E.M.'s 1993 weeper "Everybody Hurts." Suggested by Ferguson, the ballad became the ideal duet for Leigh and Eric, with the brothers making the song their own via their yearning delivery and the house band's lush arrangement. "I think it's a beautiful song, but I couldn't picture us doing it," says Eric. "It surprised me with how it turned out. It was too good to not put on the record." The members of R.E.M. certainly agree. "It's incredible! They did a great job," says vocalist Michael Stipe. "It really re-focuses the song and lyric in a great way." Bassist Mike Mills offers, "Wow. I really didn't see that one coming. I love it," with guitarist Peter Buck echoing those remarks: "Wow. Incredible."

Even Bill Berry, R.E.M.'s former drummer, and one of the original writers of the song, chimes in, saying, "It's the best cover of it I've heard." However, it's "Travelin' Day," the countries song on Mockingbird, that packs a poignant punch. The first tune they wrote with Ferguson for the session, it was born of grief: Ferguson's stepfather had just died. The Gibsons lost their dad six years earlier and together the writers bonded over their loss. "We were talking about how Ferg's stepfather faced death and how impressive it was," says Leigh, "and it really inspired us." Looking back on the brisk week and a half of writing and recording Mockingbird in Nashville, the Gibson Brothers are confident in what they've accomplished. This is an album that exemplifies the sibling bond and is poised to introduce them to an entirely new audience. "We'll be able to reach more people than we have in the past," says Eric. "I don't want to downplay what we accomplished in bluegrass, but I didn't know our voices would suit this variety of music so well." His brother agrees. "If you thought you knew the Gibson Brothers and had them figured out," Leigh says, "well, maybe you didn't."