"Promark has been my drumstick of choice for over 40 years."

"Promark has been my drumstick of choice for over 40 years." 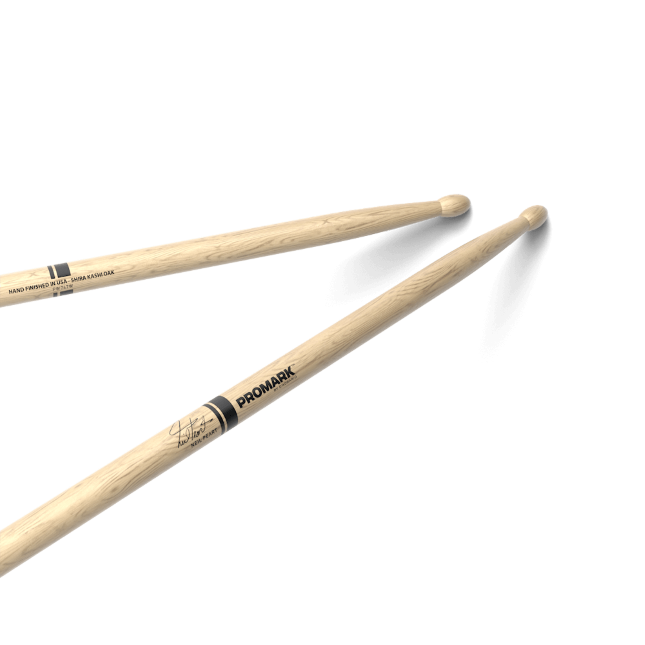 Neil Peart, born September 12, 1952, near Hagersville, Ontario, is the drummer and lyricist for the Canadian rock band Rush. Rush is the most successful band from Canada, having played together for over 40 years, and selling over 24.5 million records (U.S.). Over the years, Rush has developed their own style of Progressive Rock, weaving together heavy metal, art rock, reggae, new wave, pop, grunge, and classical styles with thoughtful lyrics. The result has been 23 diverse albums, successful tours, and a loyal fan base. Peart is known for his creative and intricate drum parts and extensive drum solos that delight both drummers and non-drummers alike. He's won many reader's poll awards from Modern Drummer, including 12 consecutive "best recorded performance" awards. In 1996, Peart became an Officer of The Order of Canada, the highest civilian decoration in Canada. In September 2000, Neil returned to Rush, and the band produced the critically-acclaimed Vapor Trails CD and subsequent tour, taking them to Mexico and South America for the first time. The final show in Rio de Janeiro, Brazil, became the multi-platinum DVD Rush in Rio.

Rush toured again in 2004 as part of their 30th Anniversary celebration, and released a CD of Sixties cover songs, Feedback, to mark the occasion. After the tour, they released Rush - R30 - 30th Anniversary Deluxe Edition, a live concert from Frankfurt Germany. On May 1, 2007, Rush released their twenty-third album Snakes & Arrows. In addition to his job as a musician, Peart has written four non-fiction books, The Masked Rider, Ghost Rider, Traveling Music: The Soundtrack to My Life and Times, and Roadshow : Landscape With Drums: A Concert Tour by Motorcycle. Ghost Rider was nominated for a Canadian Literary award in 2003.