"ProMark drumsticks have been in my hands since 2004. The quality and consistency is unmatched."

"ProMark drumsticks have been in my hands since 2004. The quality and consistency is unmatched."

"I designed the Maple SD330 Todd Sucherman Wood Tip drumsticks with the ProMark team and they are the perfect weight and balance. The maple provides a nice organic feel and sound. The acorn tips never chip and provide a beautiful crystalline ride cymbal sound." 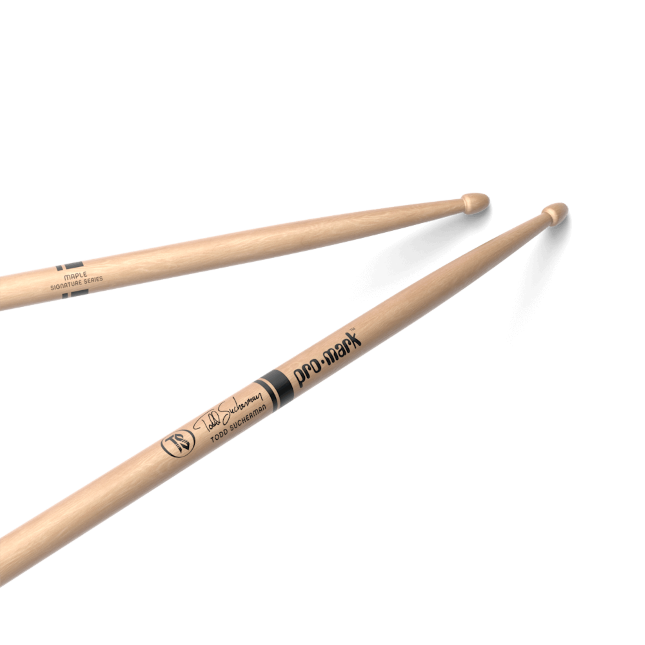 Todd Sucherman grew up in a musical family and began playing drums under the tutelage of his big band drumming father at age two. Along with his older brothers he began playing professionally since the age of six and recording by age nine. Todd later attended Berklee College of Music for a year and studied with world-renowned educator Gary Chaffee. In 1988 he returned to his hometown of Chicago and quickly established himself as a first call session musician performing on numerous records and appearing on well over a thousand TV and radio jingles.

Since 1996 Todd has filled the drum chair for the multi-platinum rock band STYX. In the twenty two years he's spent with the band they've recorded several CDs and toured the world performing an average of 100 shows a year. During off time with STYX he has had the privilege of touring and appearing on several records with the legendary Brian Wilson, including his 2003 release that featured songs with Paul McCartney, Elton John, and Eric Clapton. Todd has also performed or recorded with artists diverse as Spinal Tap, Peter Cetera, Michael Bolton, Eric Marienthal, Brian Culbertson, Steve Cole, Tommy Shaw, John Wetton, Taylor Mills, Jerry Goodman, The Falling Wallendas and many more. Sucherman is a sought after clinician and educator. His instructional DVD series, "Methods and Mechanics I & II" raised the bar for performance, content and production in the field and garnered multiple awards such as NAMM's ""Best in Show"", Modern Drummer Reader's Poll Awards, and DRUM magazines Drummies.