"I use D'Addario reeds because I like their consistency, both of the cane and the cut. I like knowing what I'm going to get, especially since I'm playing at 4500 ft above sea level!"

"I use D'Addario reeds because I like their consistency, both of the cane and the cut. I like knowing what I'm going to get, especially since I'm playing at 4500 ft above sea level!"

"An Eb reed needs to first and foremost be able to hold the pitch in the altissimo register. There is nothing worse than screeching and scooping way up high. The reed needs to be solid and D'Addario Reserve Eb Reeds deliver. They also have a sweet sound and articulate cleanly and easily. A win all around!" 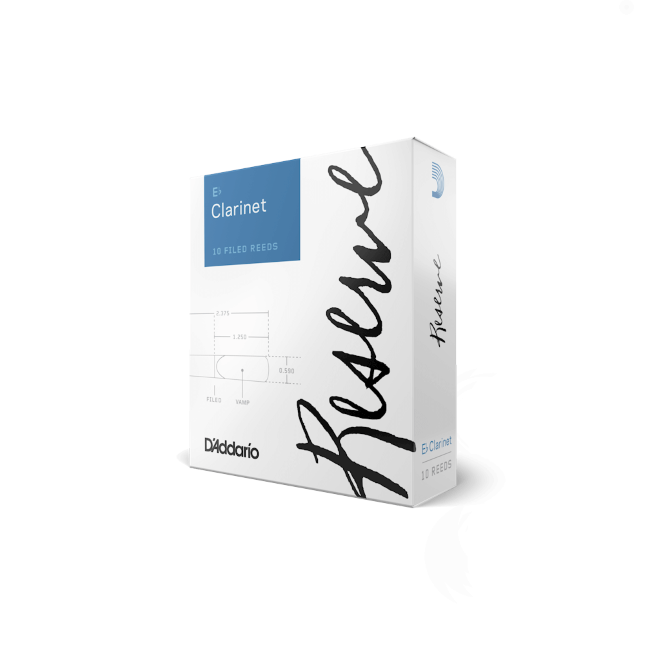 Erin Svoboda-Scott has held the position of Associate Principal and E-flat Clarinet of the Utah Symphony since 2013. Originally from the East Coast, Erin began her musical studies with the piano at the age of five and clarinet at nine. She earned performance degrees from the New England Conservatory of Music, Temple University, and Manhattan School of Music where she studied with Thomas Martin of the Boston Symphony, Ricardo Morales of the Philadelphia Orchestra, and Mark Nuccio of the New York Philharmonic and Houston Symphony respectively. She spent her summers at the Tanglewood Music Center, Marlboro Music Festival, Pacific Music Festival, and Aspen Music Festival. Erin freelanced in New York City after she graduated, playing with such ensembles as the New York Philharmonic, Metropolitan Opera, and American Symphony Orchestra. She spent a year playing Assistant/2nd/E-flat clarinetist in the Colorado Symphony before moving to Utah. Also an active chamber musician and soloist, she recorded the trio Tibetan Dances on Spring Dreams with Cho-Liang Lin on violin and the composer, Bright Sheng, on piano. Erin also premiered Michael Gandolfi's Concerto for Clarinet and Bassoon with her father, Richard Svoboda, on the bassoon. When not performing, Erin enjoys cooking, reading, hiking, biking, and skiing the greens. She and her husband have two corgis and a dachshund.