"D'Addario reeds are the total package, allowing for flexibility, response, and nuance across the full dynamic spectrum."

"D'Addario reeds are the total package, allowing for flexibility, response, and nuance across the full dynamic spectrum." 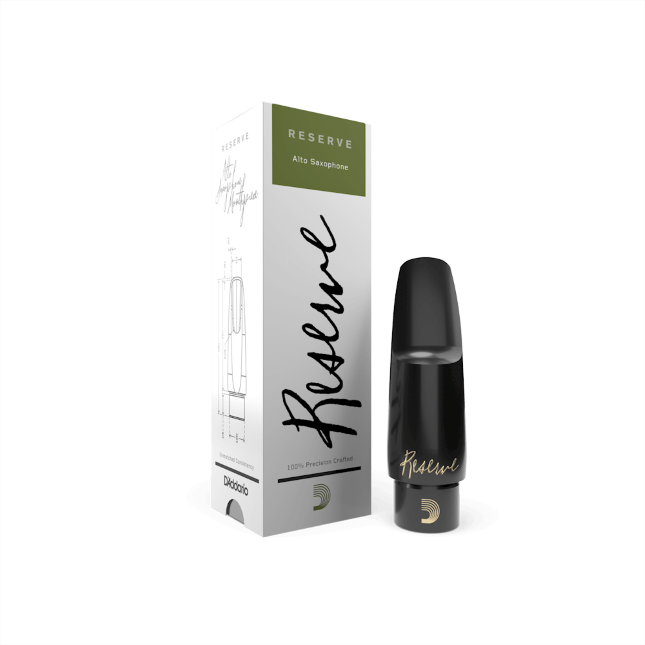 Saxophonist Nathan Nabb maintains an active and multifaceted performance career, with regular concerts as an orchestral performer, chamber musician and soloist. His numerous engagements take him throughout the United States, Europe, and Asia and orchestral highlights include performances as concerto soloist with the St. Louis and Houston Symphonies. His many performances with the SLSO since 2003 include the 2012 European tour with concerts at the BBC Proms, Berlin Musikfest, and Salle Pleyel. Nathan has performed regularly with Houston Symphony since 2011 and has also performed with the Minnesota Orchestra, Cincinnati Chamber Orchestra, Iris Chamber Orchestra, and New World Symphony. Nathan makes regular appearances as a soloist and guest clinician. Recent guest solo recitals include performances in the summer of 2015 in the National Concert Hall of Taiwan and Sichuan University in China. He was featured as concerto soloist at the Region IV North American Saxophone Alliance conference in 2015 and has given performances at World Saxophone Congress, North American Saxophone Alliance, Navy Band Saxophone Symposium, as well as prominent schools of music and saxophone studios throughout the United States, France, Taiwan, Japan, Spain, Greece, Norway, Canada, and China. He can be heard on the BIS, Innova, and AMP record labels. Dr. Nabb is the soprano saxophonist in Oasis Quartet, an ensemble active nationally and internationally as recitalists, concerto soloists, and clinicians. Oasis Quartet has performed with numerous orchestras and bands throughout North America, and given clinics across the United States. Their self-titled album was released in 2009 and features the music of Glass, Gotkovsky and Escaich. As supporters of contemporary music, Oasis has been a part of numerous commissions including David Maslanka, David Rakowski, Richard Lavenda and premieres in addition to performing staples of the repertoire and artistic adaptations from other chamber music genres. As Professor of Saxophone at Stephen F. Austin State University and Guest Master Teacher at the Cincinnati College-Conservatory of Music, Dr. Nabb teaches saxophone and chamber music. Prior to moving to Texas, Nathan was the Assistant Professor of Saxophone at Morehead State University in Kentucky. Dr. Nabb's students have won many competitions both in solo and chamber music settings and have been featured in performances and master classes at North American Saxophone Alliance regional and national conferences, as well as other local and regional clinics. Nathan received his Doctor of Music and Master of Music degrees in saxophone performance from Northwestern University, where he studied with Dr. Frederick Hemke and was a two-time winner of the Northwestern University Chamber Music competition. His bachelor's degree is from the University of Illinois Urbana-Champaign, where he studied with Professor Debra Richtmeyer. Nathan proudly endorses D'Addario and performs on Selmer Paris Saxophones.